Shawn Michelle’s Homemade Ice Cream is where you go for an amazing, Black owned ice cream experience, on the South Side of Chicago. Batter and Berries is where you go for a heavenly, Black owned breakfast experience, on the North Side. On Sunday, however, both were under the same roof. Traffic at restaurants has all but come to a halt due to a statewide shelter-in-place order but Black entrepreneurs are getting creative and diving deep into the spirit of cooperative economics, to weather the storm. For the average consumer, however, this was simply a beautiful opportunity to get french toast and ice cream, at the same sweet time.

Batter and Berries is known for their “French Toast Flight” and on weekends, waits that can climb in excess of two hours. Breakfast is what you have at home but at Batter and Berries, you get a morning gourmet experience. Shawn Michelle’s is known for real, homemade ice cream and a vibe that feels like family. The two establishments are separated not only by cuisine but also, just over ten miles of interstate and city streets. According to Craig Richardson, co-owner of Batter and Berries, there had been discussions for some time about doing a collaboration. The thought of using Shawn Michelle’s ice cream on some of their dishes was a sweet idea, for sure. The opportunity to execute, however, came after Illinois governor, J.B. Pritzker, announced a statewide shelter-in-place order. Richardson and his partners were thinking of ways to serve more customers and doing a popup on the South Side stood out as a fine idea.

Richardson began to think of who they had relationships with on the South Side and of course, the collaboration idea with Shawn Michelle’s emerged again. The ownership of both restaurants talked over menu collaboration and the plan was set. Typically, customers come to Shawn Michelle’s Homemade Ice Cream to enjoy “Grandma’s Vanilla Ice Cream” but today, they had the opportunity to eat it on top of “Strawberry Bourbon Cobbler French Toast.” Others opted for “Apple Waffles with Honey Cinnamon Graham Ice Cream.” To be sure, some just wanted a standard French Toast Flight or a plain old scoop of cookies and cream ice cream, separate. Doubtless, whatever customers were interested in ordering, the collaboration of the two restaurants drove more of them to come out and do so.

Cooperative economics is a means of survival and a source of strength. What these two restaurants did this past weekend, physically sharing the same space, illustrates a larger principle for Black entrepreneurs: cooperation, not competition, is the way forward and the pathway to growth. In these uncertain and tense times, more than ever, Black owned businesses certainly need customers but they must also come to rely on each other. Moments of crisis often teach us lessons that we should carry forward and this is certainly one of them. 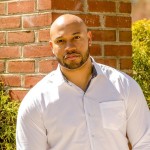