Submission by definition tends to send of a red flag to many feminists and extremely independent women in today’s society but for many who have practiced it, it can also be initiated as more of a collaborative than controlling practice. Submitting in relationships typically embodies a set of conservative or religious ideals that affect many normal decisions you make daily. After reading several articles on this, I made a list of important points about submissive and collaborative relationships.

Submissions may be a Religious subject, but normal practice

The idea of submission is rooted in religious practices. We are familiar with how the Bible and Quran has expressed a man and woman’s relationship: Husbands are the head of the household. The idea of submission can be found in most of the major religions, and most cultures. The Bible (I use this reference mostly due to my own spirituality) never states that women are not equal to men, but that men are labeled as spiritual leaders. How many memes have we seen posted on Instagram or Facebook seeking for a man who protects and provides? And what all exactly does protect and provide encompass?

It does not mean that you are not equal partners, or that you have to obey.

If anything, we as Black women want to be the Michelle Obama to our Barack. We want to be the ones to uplift and support our men, as well as, have opinions and say-so about our families. Most of the time, men listen – the ones who understand the importance of our thoughts and opinions and what it means to make the relationship work- at least. In fact, women have a lot of influence on men and their decisions. We learn and understand how best to create that motivation, put that idea into our man’s head (see: INCEPTION). As the leaders of the household, they simply carry out the plan and lead everyone towards the goal that both have created. For example, I think we can all agree that the women ran Wakanda…

Considering points 1 & 2, there just may be something to these gender roles that we often discuss.

Let’s consider the typical gender roles for both men and women. Don’t they fit this mold? There is something to be said for a man who is taught to lead and us allowing him to do so.  Sometimes women can be so independent that we ‘don’t need a man.’ While some of us may brag about this scenario, do we really want to be ‘that’ independent? First of all, we are interdependent creatures, so to say we don’t need anyone is incorrect. Secondly… there are things we can use men for. Switching roles, let’s discuss how men need women. Think about the traditional role of the woman and all that was mentioned in thought 2. Now think of all of the silly, and sometimes impulsive things that men do. Yeah, they can Certainly use some wise, positive and nurturing influence around them. Since we are very influential, we can be the guide to share understanding of how to correctly lead, and not abuse or dominate.

With that.. Submission is not a loss of feminism or indicator of abuse.

Nothing in the ideals of submission should give the leader the right to abuse. Nothing states that the submissive has to blindly follow blindly the ideas of the leader. Now imagine yourself having a discussion, or debate of ideas with your partner and deciding what to do next. You share your thoughts, opinions and decide that because he is your partner, his final say goes. Of course you could continue to argue your point, stating that your perspective right, and demanding that things continue your way but you decide to respectfully compromise with your partner. This is actually the mark of a healthy relationship. We would want to collaborate on the best methods to get to our goals, right? This allows for both parties to be heard and acknowledged in the relationship. Partnership at its best is done this way, even though there is a marked leader. To end this discussion, submission does not have to be a negative thing, if you don’t make it so. Haven’t we been asking for our men to be the leaders we need? We may need to revisit what this means for us and well, and maybe it won’t hurt to give it a try.]]> 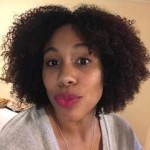