Caribbrew is a coffee, tea, and chocolate company that offers customers premium products sourced and produced in Haiti. The company has been in business for over three years and was founded by Beverly Malbranche, a Haitian herself. Malbranche created Caribbrew with two goals in mind, highlighting Haitian coffee, tea, and chocolate and reviving a once thriving industry on the Island.

“I started Caribbrew to create sustainable economic opportunities within the country; to alleviate poverty and establish a fair trade market for our goods,” said Malbranche.

Malbranche got the idea to start the company from seeing that her family always brought back coffee from Haiti as gifts for their friends here in the states. People seemed to love the coffee so Malbranche decided to do some research on Haitian coffee and found that Haiti used to be one of the main coffee suppliers for America in the 1960s. With this discovery, she started to wonder why Haitian coffee isn’t as popular as compared to Colombian or Jamaican coffee.

“I found out that due to things in the past like trade embargoes and political instability, businesses have been discouraged to build business in or with Haiti,” she added.

In addition to selling high-quality coffee, teas, and chocolate, Caribbrew is on a mission to change the narrative and show people that Haiti and its people have so much to offer to the world. With that, Malbranche decided it was time to put Haitian coffee and goods back on the map and make a difference while doing it.

“We will revive the coffee industry, just so people on the Island don’t have to wait for others to come home and bring them something. Whether that’s opportunities, money, etc, they will already have it for themselves.”

Haiti is currently going through a crisis due to political unrest, natural disasters, and financial hardships. Caribbrew wants their customers to know that this is why the company started: to help bring attention to these issues while supporting the people in tangible ways, like creating jobs through a fair trade market.

Although the company started with coffee, Caribbrew has now extended its product line to include teas and chocolates. The company made this expansion because Malbranche noticed that some people were aware of their mission and supported it but didn’t want or drink coffee. So with Caribbrew’s teas and chocolates, everyone is given opportunities to support the cause.

The Caribbrew teas include The Golden Latte (made with Haitian Turmeric and Ginger), Hibiscus Sorrel Tea, and Lemon Grass Mint Tea. Caribbrew’s chocolate selection features Haitian Cacao Nibs and a premium Hot Chocolate mix, made from Haitian Cacao. When it comes to the coffee, the star of the show, Caribbrew carries whole and ground beans in Medium and Dark roast as well as the Caribbean Spiced Coffee which is also available as a cold brew. The company also sells K-Cups and Coffee Filter Bags for cold and hot brews.

Shop and Support Caribbrew today and save with code WBB15 for 15% off until September 30th. 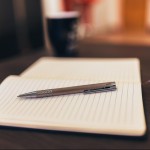