Who Controls The ‘Buy Black’ Movement?

Chicago Black Restaurant Week starts on Sunday, Feb. 12, 2017, featuring nearly 30 registered Black-owned food trucks and restaurants as the event returns in its second year. Since its inception in 2016, founder Lauran Smith says that interest in the event has been instant and widespread. The idea for Chicago Black Restaurant Week came to her after eating a great meal for the first time at a Black-owned restaurant she previously knew nothing about. She says she went home that night and got to work, buying the domain name and setting up social media pages for the event. Within one day, she had over 100 followers. â€œLast year, one of the businesses had to hire new employees because of the influx of customers,â€ she said. â€˜I like hearing stories like that.â€ Smith says that shining a light on Black-owned restaurants many people might overlook is her way of supporting black businesses year round. Although Chicago is a known destination for food lovers worldwide, Chicago Black Restaurant Week is the cityâ€™s first food event that highlights Black-owned eating establishments, of which there are more than 150 in the entire Chicagoland area. â€œI really just want people to go to these restaurants, eat good and celebrate Black history,â€ she said. Participating restaurants will offer discounts to patrons from Feb. 12 to Feb. 19. In addition to running the week, Smith is also launching the Young Foodie Scholarship for students interested in culinary careers. She says that â€œBuying Blackâ€ has been an intentional practice she has cultivated for years. â€œI keep telling people that supporting Black-owned businesses is a ministry,â€ Smith said. â€œI continuously look for ways to buy Black â€¦ and it doesnâ€™t have to be in-state, the business can be from anywhere.â€ Get more information about Chicago Black Restaurant Week here. ]]> 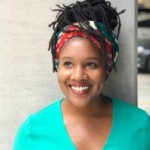 Who Controls The ‘Buy Black’ Movement?

Photo: The Influential Grooming Lounge in Portland The Oregon Legislature’s Emergency Board designated more than $200 million in federal...
Read more

President Obama left us a gift that could greatly increase Black wealth. In 2012, Obama signed The JOBS Act, which allows individuals...
Read more

Photo: The Influential Grooming Lounge in Portland The Oregon Legislature’s Emergency Board designated more than $200 million in federal...
Read more

President Obama left us a gift that could greatly increase Black wealth. In 2012, Obama signed The JOBS Act, which allows individuals...
Read more