Despite these statistics, seeking mental health care has been highly stigmatized within Black communities. In our community, mental health issues are often triggered by the psychological stress associated with systemic oppression.

According to Mental Health America, African American adults are 20 percent more likely to report serious psychological distress than white adults, and African Americans are less likely to receive behavioral treatment. One in three African Americans who struggle with mental health issues will never receive appropriate treatment as can be seen by a study performed by the US HHS Office of Minority Health.

But why is there so much push-back against seeking mental health treatment for African Americans? Could it be that we been predisposed to pain and have developed silence as a survival tactic to help us quietly endure? It appears that seeking mental health care is often viewed as a weakness for us, running counter to the survivalist mentality born from systemic oppression and chronic racism.

According to Monica T. Williams, licensed clinical psychologist and associate professor at the University of Connecticut in the Department of Psychological Sciences African Americans, “African Americans may be resistant to seek treatment because they fear it may reflect badly on their families–an outward admission of the family’s failure to handle problems internally. Something I found in my own studies, is that even among African Americans who suffered greatly from mental disorders, many held negative attitudes about people who obtain mental health care. No matter how impaired they were, they didn’t want to be one of “those people.”

According to the World Health Organization (WHO), one in four people will struggle with a mental illness at some point during their lives. We are required to remove the negative stigma surrounding mental health in the Black community. By remaining silent, we are willingly allowing future generations to perpetuate the stigma associated with counseling and mental health improvement. It is crucial that we empower one another and tell stories that prove that Black people can truly overcome mental illness and lead positive, thriving lives.

This requires a shift in the dynamic around the conversation about mental illness. It is our duty to be mindful of how we portray mental illness in film, TV shows and on social media.

Regardless of how strong someone may appear to be, they may be struggling with their mental health. Understand that you or someone you love are not alone in your pain and you are not weak or insane because you are choosing to seek mental health assistance. It is time we reach out and ask for as well as offer help. Then and only then can we achieve the true healing that we need as a unit.

Start a conversation about mental health when there is an open window of time to have an in-depth discussion.

If we can raise awareness surrounding the mental health subject from a young age, for our children, then we can begin to break stigmas and shape the next generation’s approach to mental health in a positive, innovative, and confident way. 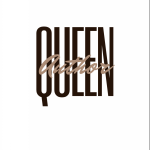 I am Lattifa Bryant, Author of “Speak The Night After I Killed Myself” and owner of Author Queen and Company. I emphasize black power through encouraging people to command their voices to speak freely about internal pain because when you control the enemies within, the enemies outside can’t harm you. When you own everything that has ever happened to you, your enemies cannot control you. You see, what tried to break me, actually reinvented me through my powerful ability to S.P.E.A.K. Now I want to share the same tools to help you reinvent you! You are worth fighting for! Speak is available for purchase on my website www.authorqueen.com, Kindle, Amazon, and Barnes and Nobel. Connect with me on instagram @theauthorqueen or email [email protected]