Jay Z  is not a rapper. He is a CONGLOMERATE. A man with different ventures all connected but distinct in each of its entities. There is simply no other way to describe him. Before he ventured into the business world, he had mastered the world of music with his 36 million plus records sold, and 21 Grammy’s. Not to mention 14 number #1 albums on the US Billboard 200. Back then he could die, knowing he made his mark on the world. It wasn’t enough.The thing about Jay Z, is that if you have listened to his latest album 4:44, He is a advocate for building generational wealth.

What’s better than one billionaire? Two (two) ‘Specially if they’re from the same hue as you

What can’t this man do? Well for starters not be another rapper or celebrity pushing albums about Black community wealth and not doing anything about it.

He owns the music streaming service Tidal. He owns the 40/40 club franchise in 2003. If you want upscale dining and you live in Manhattan, Atlantic City, Brooklyn, Atlanta, or  Las Vegas stop by and tell Jay Z hello. With plans to move it to Singapore and London, its only the beginning for this franchise. As well as Roc Nation, and in 2013 Roc Nation Sports a sports management division of Roc Nation. Roc Nation Sports, Jay’s sports management division since 2013, has already started representing big sports names such as Victor Cruz, Kevin Durant, Dez Bryant, and Robinson Cano. It has over $906 million dollars in contract value, with over 103 contract years. That’s Pretty  good for a business that was founded in 2013. Jay Z’s latest venture is Arrive a venture capitol firm. It is an investment platform that will work with early start ups and has already invested in Robin Hood, a stocks trading application worth over 1.3 billion dollars. “We believe in Baiju and Vlad’s mission to make the financial markets more accessible and cost-efficient for customers of all sizes,” Arrive President Neil Sirni said, referencing the app’s co-founders Baiju Bhatt and Vlad Tenev. “Robinhood will have our support as they execute the long-term vision of their company.”

Since Robinhood debuted in 2013, it has amassed more than three million users and is currently valued at $1.3 billion. In January, the company announced Robinhood Crypto, which allows users to partake in commission-free Bitcoin and Ether trading as well. Back in 2017, Jay Z and Roc Nation launched Arrive with a mission to invest in start-ups. Since then, the company has invested in French audio technology company Devialet and a location sharing platform InSite Applications that’s scheduled to launch in 2018. While all of Jay’s ventures amass more cash, it also spells generational wealth. Which is needed in Black commerce, Black communities and the Black families.  All of this from a guy from Marcy projects. I guess Jay Z was right he isn’t a Businessman he is a BUSINESS man.  ]]> 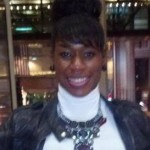