NCAA football players in the PAC-12 Conference are threatening to boycott the upcoming season unless their economic, safety and social justice demands are met. The ‘Unity Movement’ published a list of demands in The Players’ Tribune Sunday afternoon. 200-300 players and their teammates from among the Conferences’ 12 teams are preparing to opt-out of the season this fall.

The movement originally centered around player safety in response to the PAC-12 proceeding with the season amid an ongoing pandemic, but they quickly shifted gears to also address social justice and economic inequalities.

“We’re not your entertainment, we’re human beings,” said Oregon safety, and top-10 ’21 NFL draft prospect Jevon Holland. “Just like you would help your family, we want to help our mother, father, grandmother, everyone. We don’t know the long-term risks…I refuse to put my health at risk for somebody else’s benefit,” he went on to say.

Ramogi Huma, Executive Director of the National Collegiate Players Association, is advising the group. Huma referred to the current NCAA football business model as a “tool of racial injustice.”

According to him it’s a wealth transfer. The NCAA is taking potential income from predominantly Black athletes, and giving it to predominantly white institutions. Much of that revenue pays the salaries of almost exclusively older white men in administrative and coaching positions.

The player demands are divided into 4 parts. Health and safety protections, ending racial injustice in college sports, economic freedom and equity, and preserving all non-revenue sports.

One of the demands is medical insurance selected by the player for sports-related medical conditions, including COVID- 19, for up to six years after college athletics eligibility ends. They also want the freedom to secure representation, and earn money for use of their name, image, and likeness.

Additionally, they want the PAC-12 to distribute 50% of each sport’s total conference revenue evenly among the athletes. The list also includes 2% of conference revenue going to supporting financial aid for low-income Black students and community initiatives at the players’ discretion. 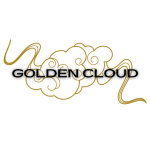 Chaos Media Group Helps Cultivate The Online Presence of Every Brand We Partner With!
WWW.CHAOSMEDIAGROUP.CO

SHEletics is a Black-owned fitness apparel brand that provides comfortable workout wear for women of all shapes, sizes, and ages.
Read more
- Advertisement -

Alittlepeace products is a holistic brand aimed at providing the best products for your health journey, from eczema cream to herbal teas
Read more
- Advertisement -