Soon you won’t have to put buying Black on hold while you travel. A variety of Black owned lodging options are launching within the next few months, just in time for your next vacation. Each sparked by a desire for a greater sense of comfort while traveling Black, these Black-owned lodging options will most definitely have a positive economic impact on the Black community. While travelers to California can look forward to staying at The Town Hotel, an independently owned, Black hotel located in Oakland. Those who are more tech-savvy or who have their sights set abroad can utilize the recently launched Innclusive, as well as the soon-to-launch Noirbnb. Innclusive, first introduced under the moniker Noirebnb, was created by Rohan Gilkes, who was inspired earlier this year after he was denied a request for an Airbnb listing — the same listing his white friend was accepted for. From then, the hastag #AirbnbWhileBlack started trending on Twitter, with others sharing their similar experiences, further highlighting a need for the platform. Though currently in its Beta version, you can now rent from a select number of listings on Innclusive. A representative on their website confirmed that not only can you rent from their existing list right now, but they plan to fully launch sometime next month, as well as release their complete catalogue of rentals. An app is also in the works, to hopefully be launched within the first quarter of 2017. While the launch remains pending, Noirbnb also aims to offer a diverse experience to home sharing around the world as a person of color. Created by Stefan Grant and Ronnia Cherry, citing similar experiences to that of Gilkes, Noirbnb is currently taking hosting submissions with plans to fully launch soon. For those that prefer a more standard hotel experience, Damon Lawrence, owner of the Homage Hotel Group, plans to open The Town Hotel, nestled in Downtown Oakland, Calif. The boutique hotel will house 85 to 100 rooms, and includes a rooftop bar, lounge, and restaurant. While there is no exact date yet of its grand opening, you can subscribe for updates on the Homage Hotel Group’s homepage. Whatever way you choose to stay while traveling, it’s comforting to know we will continue to have a growing number of places to stay Black while away from home. ]]> 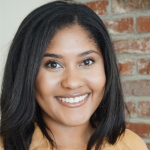